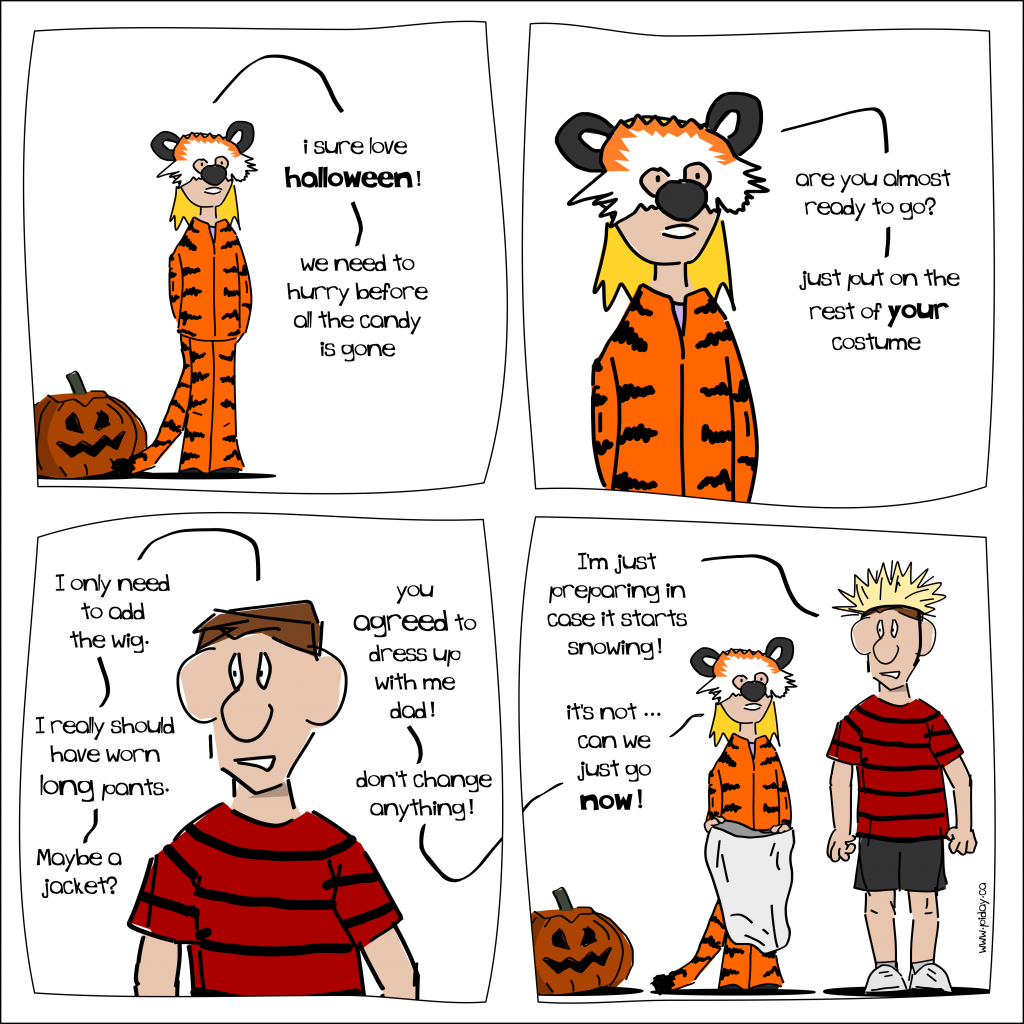 I would make a skeleton joke here, but you wouldn’t find it very humerus.

Halloween. While there are many holidays to celebrate via a comic strip, I thought I would keep it simple and stick with the important ones… to a kid. So, ranking that list puts the trick-or-treat event high on my list.

About two months ago The Girl and I had a conversation about Halloween costumes. She knew what SHE was going as, but on a more serious note what would her ALTER EGO cartoon character dress up as. We mussed around with a few ideas — a pirate, a bear, a pair of monkeys (for her and The Dad) — but where we eventually wound up was… well, what you see here: I dressed them as Calvin and Hobbes, as best as I could to spoof/homage/honour that great strip.

On a side note, my weekly comic has hit it’s 26th strip this week, which if you are in any way mathematically inclined would tell you that 26 is half of 52… weeks in a year. So today is This is Pi Day‘s half birthday… I… guess.