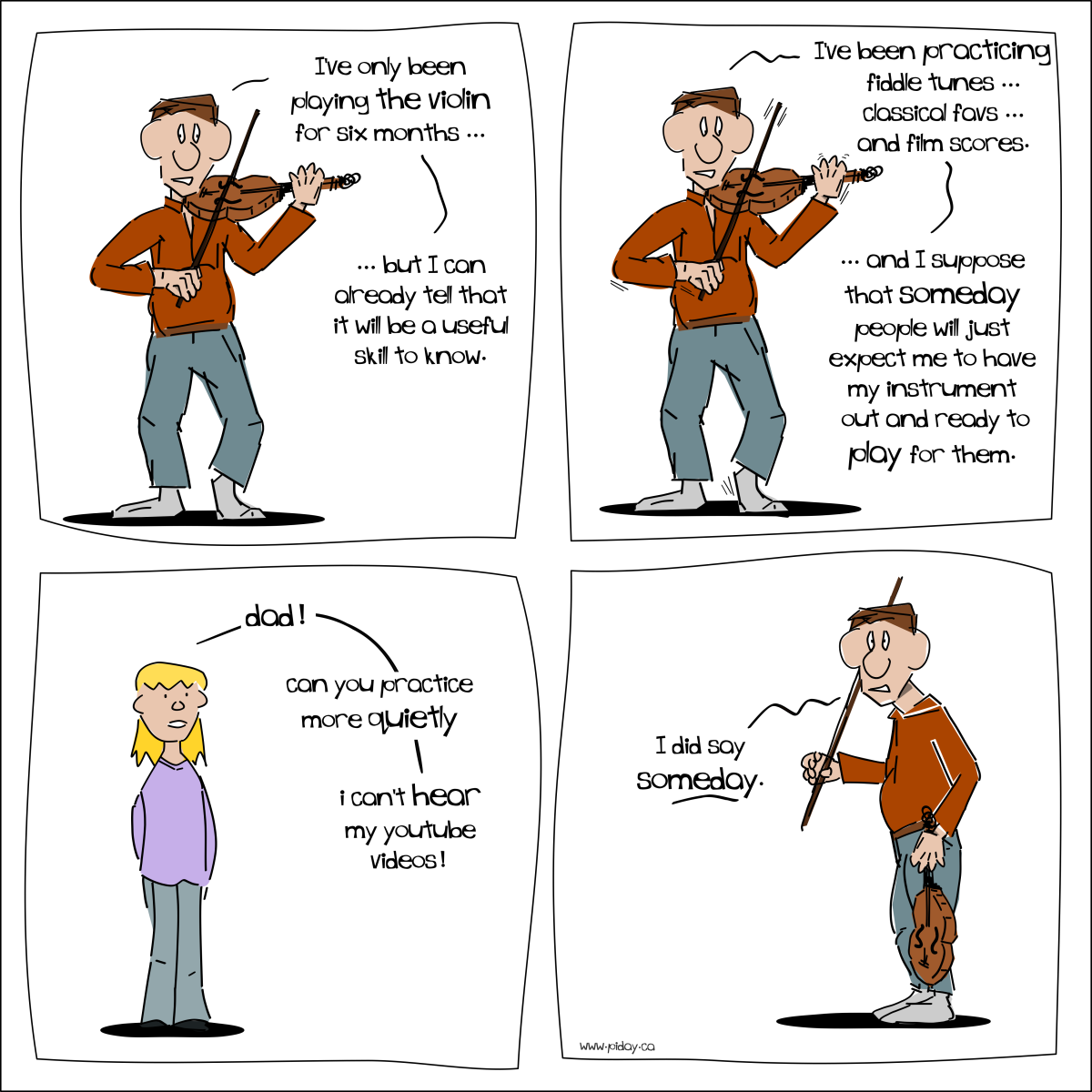 A theme that will gradually emerge as I draw these is “yes… this really happened.” Being a dad is chock full of surreal experiences. It’s not my intention, of course, to portray the dad as a bumbling idiot tho. You’re not going to see the non-funny side of his response. But yeah, part of raising a pre-teen is dealing with the less-than-subtle feedback you often get on your life. How you push back… well, that’s up to you.

In reality, she lost her tv privileges for the rest of the day for that comment. But you’re not going to laugh about that part are you?

As far as the art goes, I’m building these character models as I go and this marks the first appearance of the (as of yet unnamed daughter character) and something that I haven’t done in a strip again (at least up to #008 which is drawn and in the hopper) which is breaking that fourth wall.