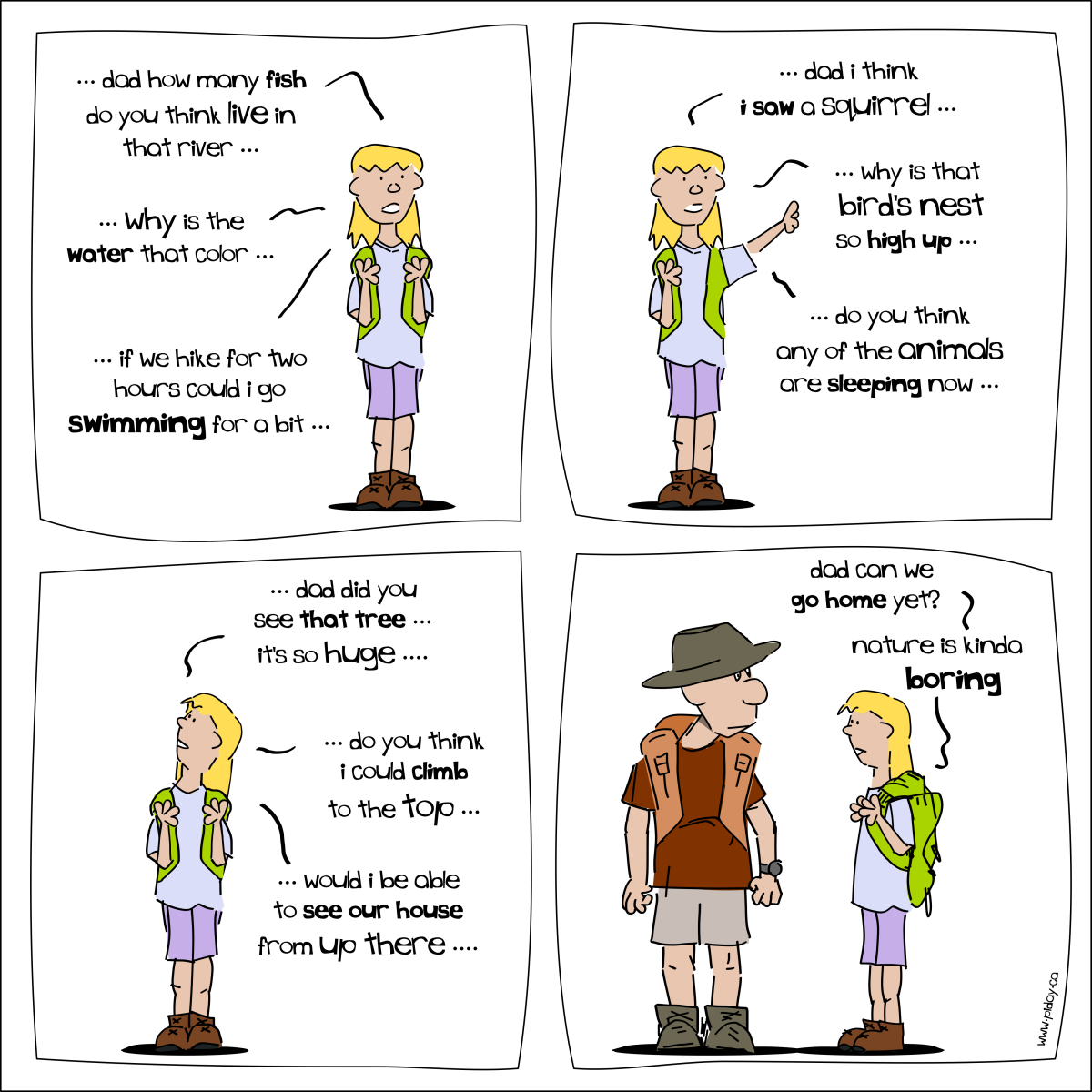 I probably give the impression that The Girl is something of a couch potato. On the contrary. She bikes. She runs. She plays games and invents adventures with her friends.

But she HAS made it abundantly apparent that she doesn’t consider these things “entertainment.” Were planning this three-hour-long hike through the local river valley, a natural preserve of sorts with snaking asphalt trails crowded with bustling flora and fauna. Yet when I explained where we were going, her biggest concern was that she’d “be bored” because I wouldn’t let her bring her iPod for music.

And then she didn’t mention the iPod again until we were in sight of the truck… at which point nature, which had held her attention with the rapt enthusiasm of a proper ten-year-old for almost three hours, lost it’s appeal almost instantly.