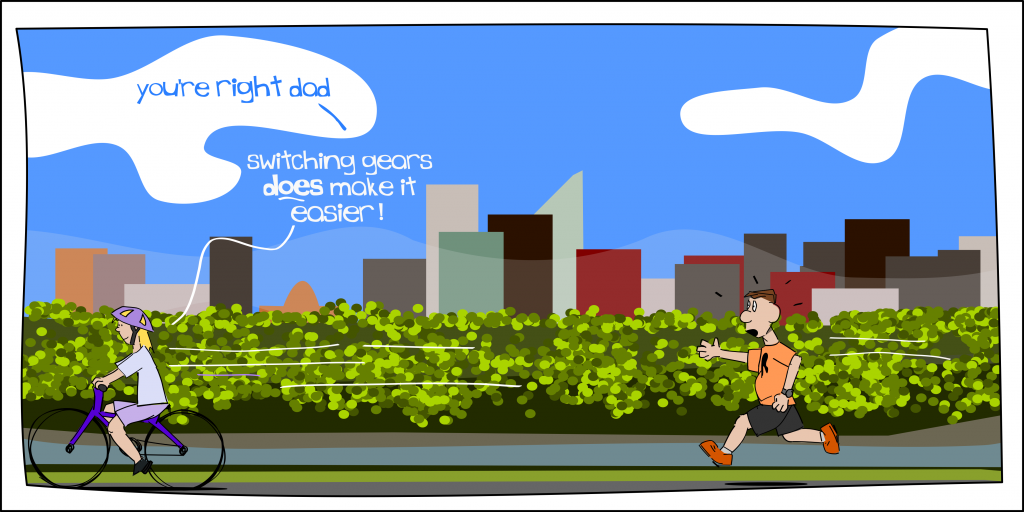 Did you know that you can avoid sleep-walking by leaving your bike beside your bed each night?
Then you can sleep-ride instead.

Apparently it was bike week at The is Pi Day. It’s like shark week, but with spokes instead of teeth. And besides, a bike with teeth would actually just become a bit of a vicious cycle… of bad puns.

Actually, I didn’t set out to draw a bunch of cycling comics this week, but having spent the spring exploring our city –at least the bike trail parts of it– for the first time with The Girl who can now ride further than the playground, it’s become fertile ground for some deep conversations… and some “did you really just say that” moments.

As depicted in the strip, we’ve done a bit of that too: she bikes, I run, and then I pass out from sheer exhaustion as a result of attempting to keep up with her. It was so much easier for me when her tires were one-third the size. She’s just a bit of a cycle-path that way, indifferent to her poor dad’s suffering.