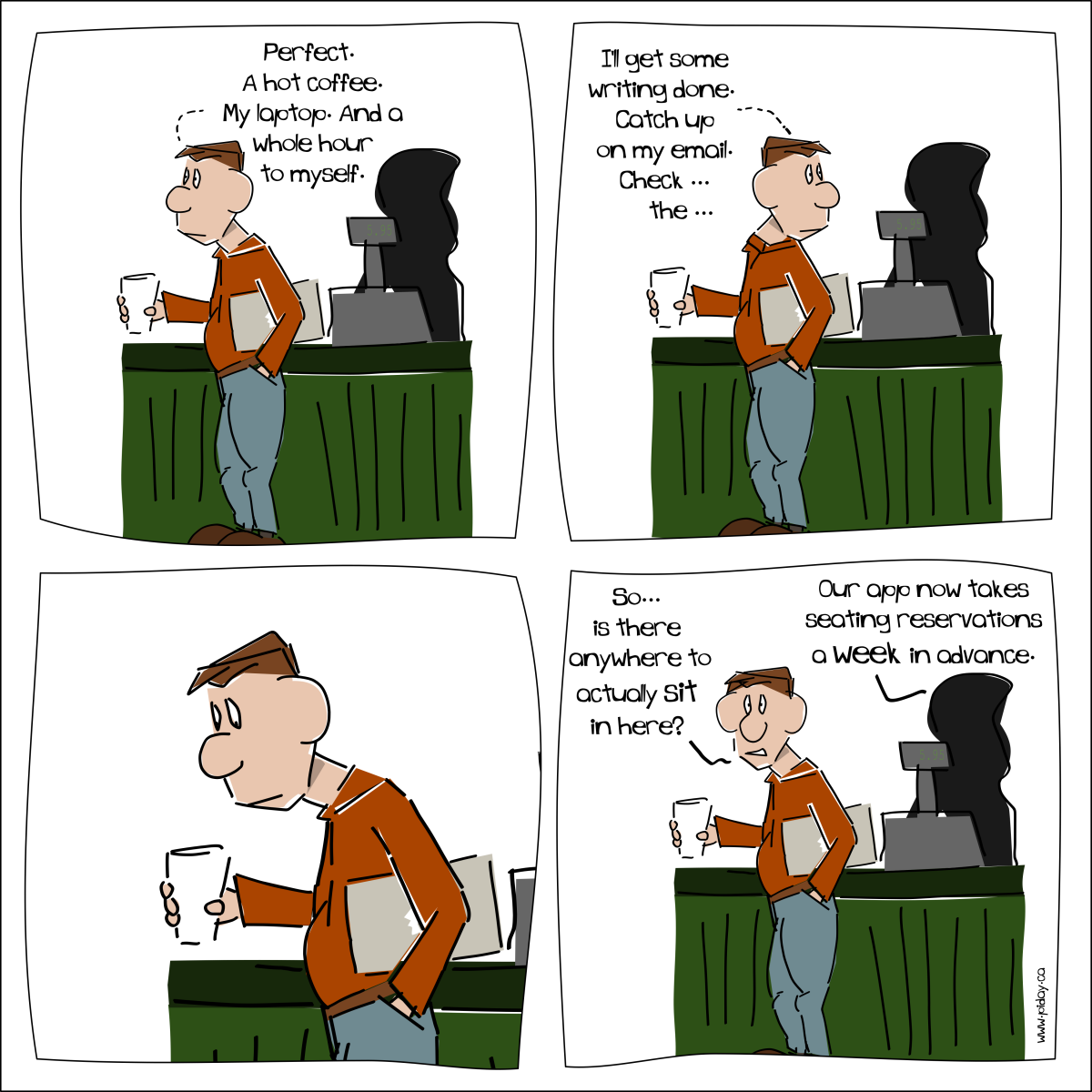 This is the first one, and it was fueled by some frustration over a real experience. I walked into the cafe and bought a coffee and as I paid and then turned round a couple people had sneaked in and taken the last seats, dropping off their jackets to “reserve.” A few weeks later I was scribbling out some concept drawings for the “dad” character in a new comic and this idea had stuck in my mind. Next thing you know you’ll need to reserve seating everywhere… hey, they do it at the movies now, why not for a casual coffee?

The kid had yet to make an appearance in this strip. I was still working things out. She showed up a week later tho.