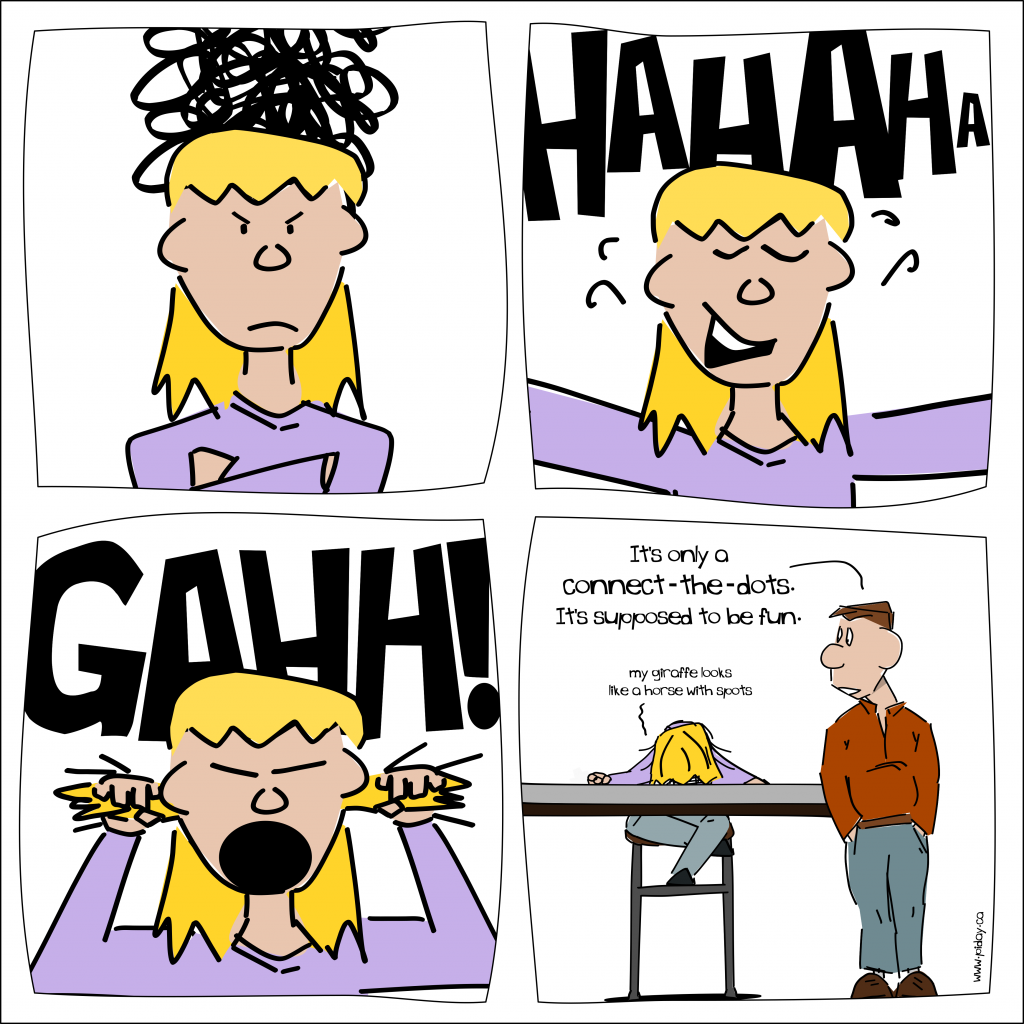 I feel like she really connected on an emotional level.

I don’t have much to say about this strip that isn’t obvious from the gag… uh… kids are emotional sometimes. So are adults. But I’d be using much different large bold words to illustrate that and then your favourite indie web comic would no longer be a family-friendly indie web comic.

Speaking of large bold words, astute readers may have noticed that I’ve been adding some sound effects into the comics lately. I will admit that my inspiration for this tactic is leaning on a number of sources, but the idea really gelled when I was perusing some old MAD magazines. Now to be clear, I am keenly aware that my own HAHAHs and GAHHHS are not nearly as clever as his classic GARKs and BLOOTs, but if you like I were a fan of Don Martin‘s gag strips groaning up you’ll (hopefully) see a bit of homage a’la my own personal fromage-y take on this style.

Plus, with a ten year old as one of my main characters, I’m really finding that expressive cartooning needs an outlet.