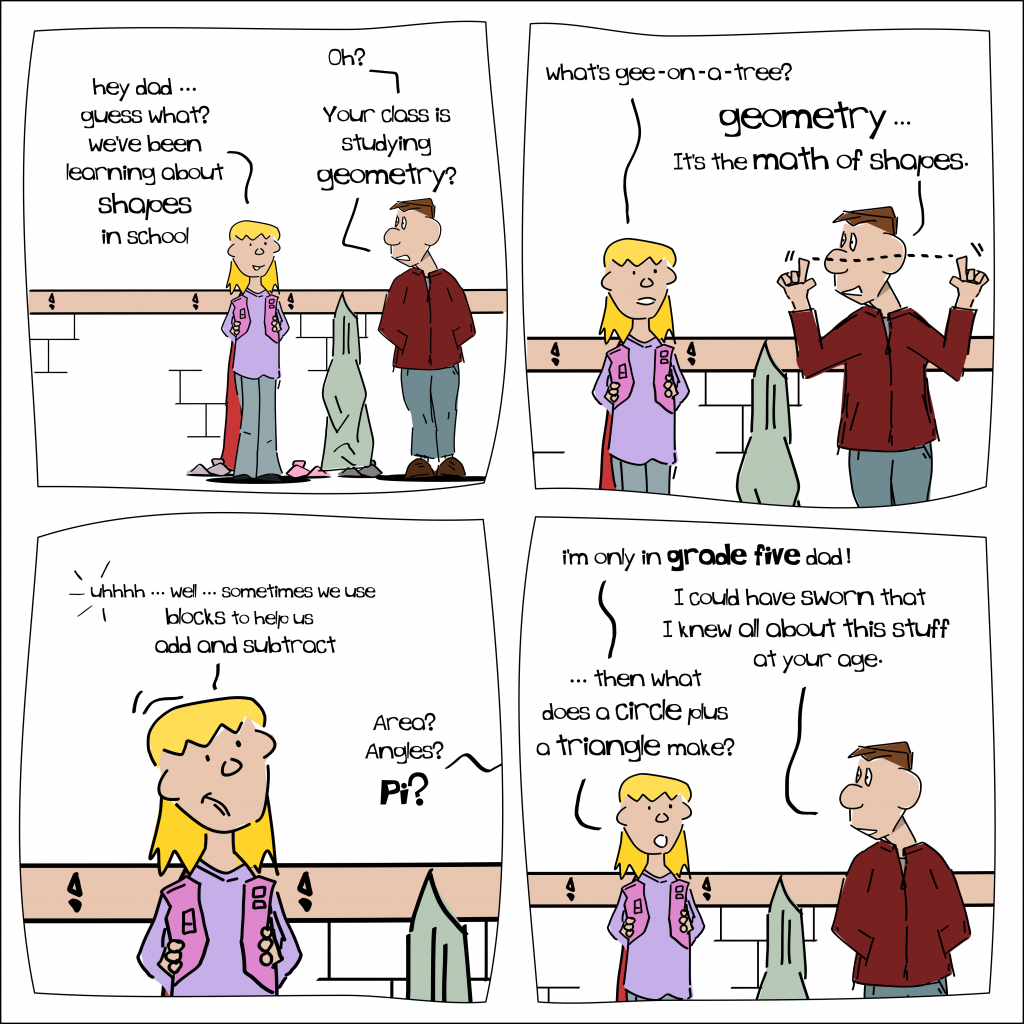 As it goes, I’ve already noticed that the number of visitors to this site has been steadily climbing over the past week (many of my newer tourists searching for “pi day jokes” or other references to March 14) and despite the reality that This is Pi Day is more of a geeky dads comic than a dad’s geeky comic I figured I’d better at least give honour to the holiday that inspired my moniker.

So, it’s Pi Week at This is Pi Day, and I’m kicking it off by extracting some mathy jokes from my dadxperiences and turning them into whatever passes for a comic… and maybe a bit of a geometry lesson.