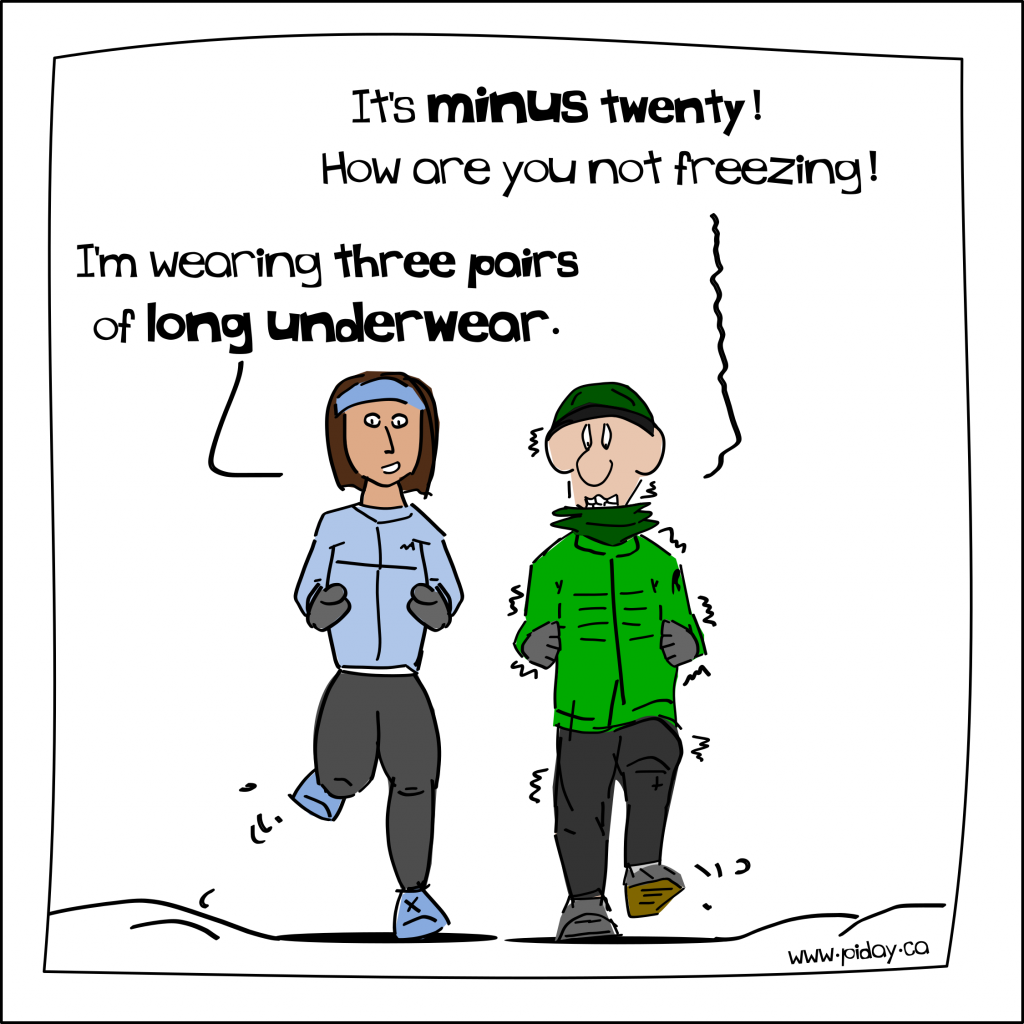 Hey! Look under there!

I just made you say underwear.

I ran a half marathon this past weekend and in the minus-twenty, brutal weather, bone-numbing cold of it I was trudging along the icy route pondering my own sanity and wrestling with the possibility that I may have misjudged it’s very existence.

Of the four hundred racers, all manner of athletic prowess could be seen — as well as all manner of athletic gear. Tubes, toques, buffs, mitts, balaclavas, headbands, wraps, ski goggles, and more… anything to break through the cold. And it was so cold. One guy who passed me actually — no, really, had three-inch-long icicles dangling from his earlobes. And the race volunteers were dancing, jumping, and never-stop-moving as they reminded us that we runners were all actually a lot warmer than them. Sadly, they were probably right.

Afterwards, basking in the post race defrost, it was a brunch-driven debrief … sometimes literally, as more than one of us was wearing multiple pairs.