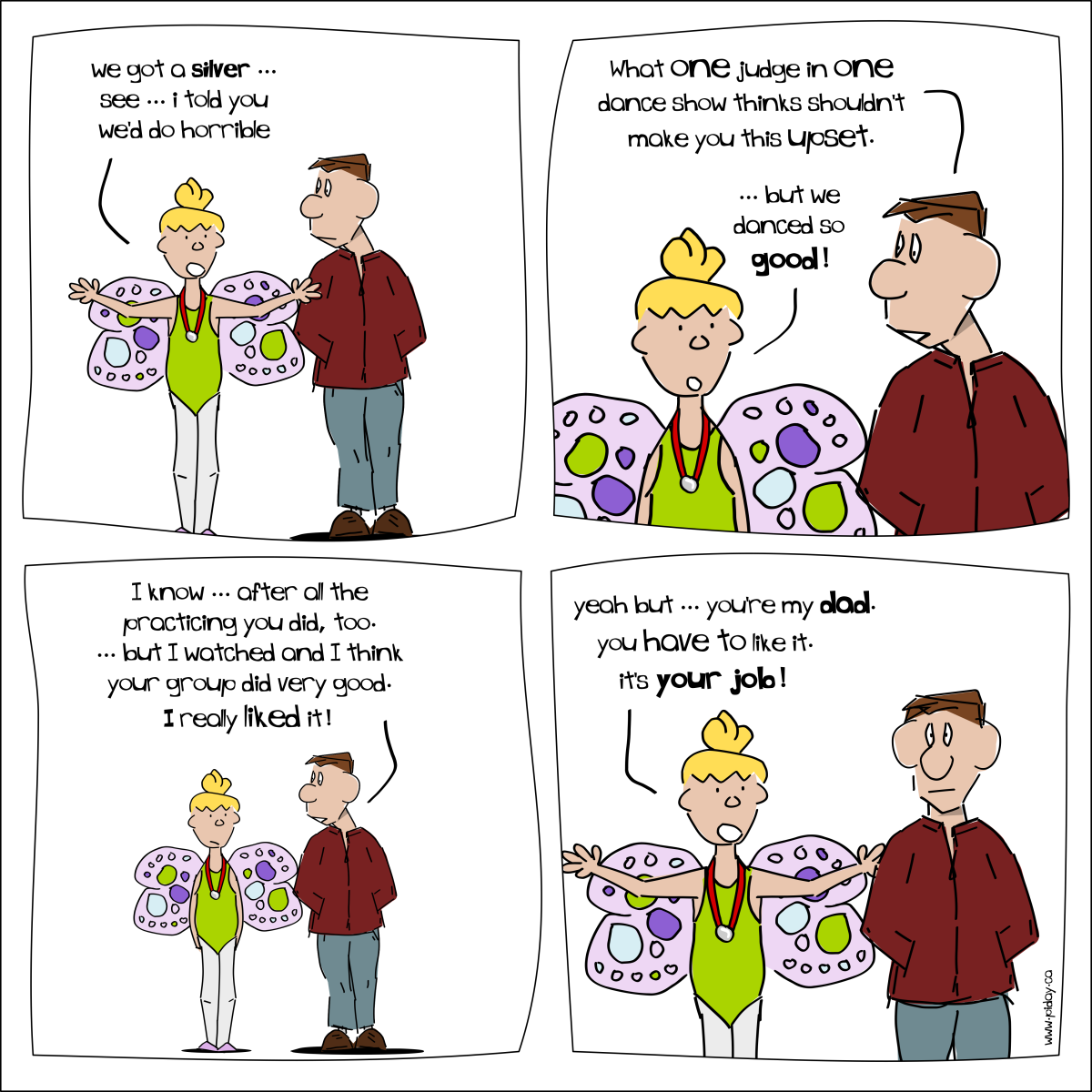 …but I think what we learned after a packed schedule of driving from here to there to somewhere else and back over there again, always dressed in elaborate costumes a meticulously styled hair and makeup –particularly for a ten-year-old– what we learned in that was that sometimes the things we do impress certain people are never going to be enough. Sometimes the people who need to be impressed are never going to be fans. Sometimes it might not even be about impressing anybody but yourself and the people in the audience cheering just for you. And sometimes you’re obviously in the wrong category and competing against people with so much more skill than you that you can’t help but feel a little inadequate so you may as well suck it up and just have fun.

I think, like when we get handed those nifty participation medals for completing a running race, in dancing all you really need is to understand is that second … third… even last place… is still ahead of all the other people who didn’t even try.

Is that too sappy for a Saturday morning comic strip? (I am still a dad over here, after all!)

Ultimately, dance dad duty results in a simple act: sitting helplessly in the audience while a stranger passes judgement upon your child and a year worth of your evenings spent driving through snow storms and commuter traffic to deliver her to weekly dance classes.

Like anything, life ain’t always fair. But tell that to a kid who woke up early to spend two hours doing her hair and make-up.

I kid. I joke. Dance moms make the dance world go round…

…but I do feel a little out of my element when I wander casually around any dance competition venue, hands in my pocket, thumbing my phone, maybe snapping some photos here and there. Meanwhile, other parents are lugging suitcases full of costumes and make-up in procession behind a hair-do’d up young lady in some elaborate costume, narrow, focussed eyes sizing up the room for any sign of weakness.

But we’re not going to retire on a ballet scholarship anytime soon, so I say just let the kid have fun…