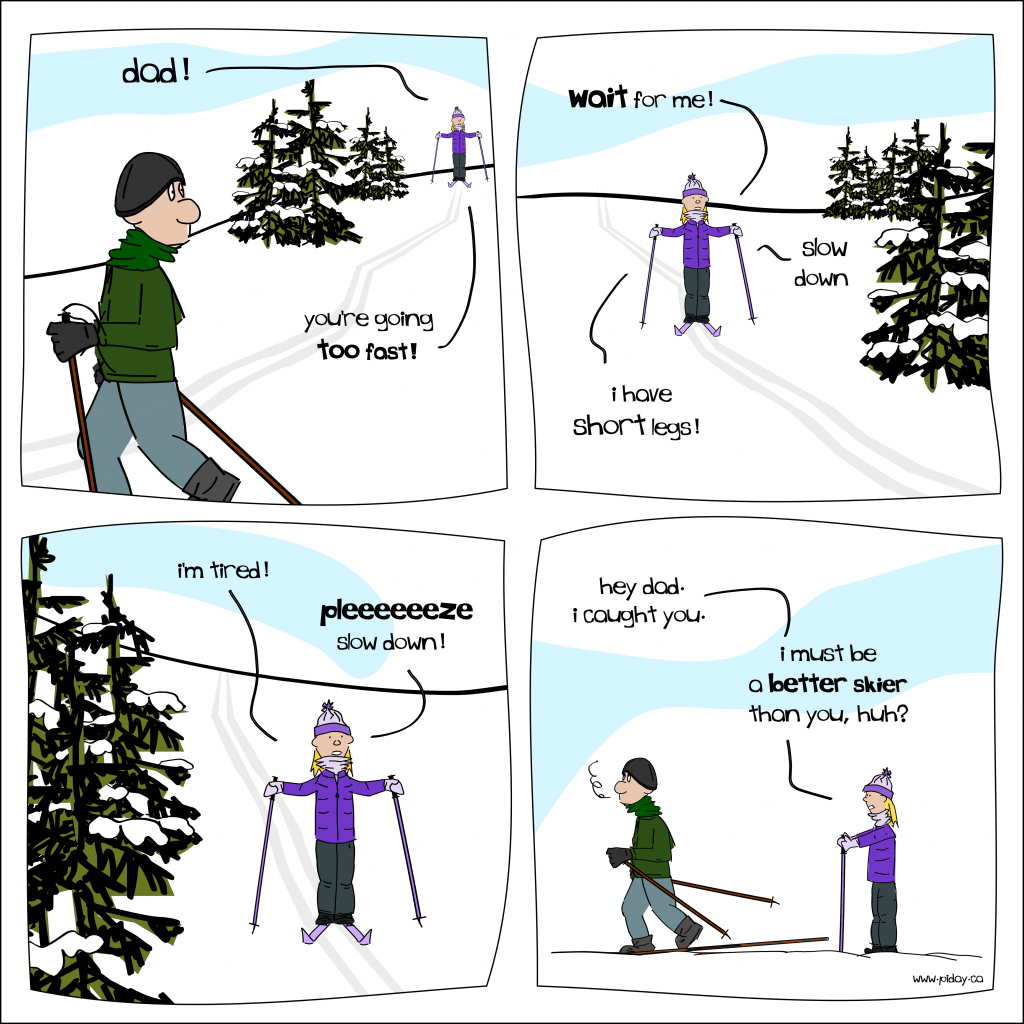 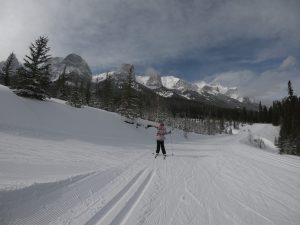 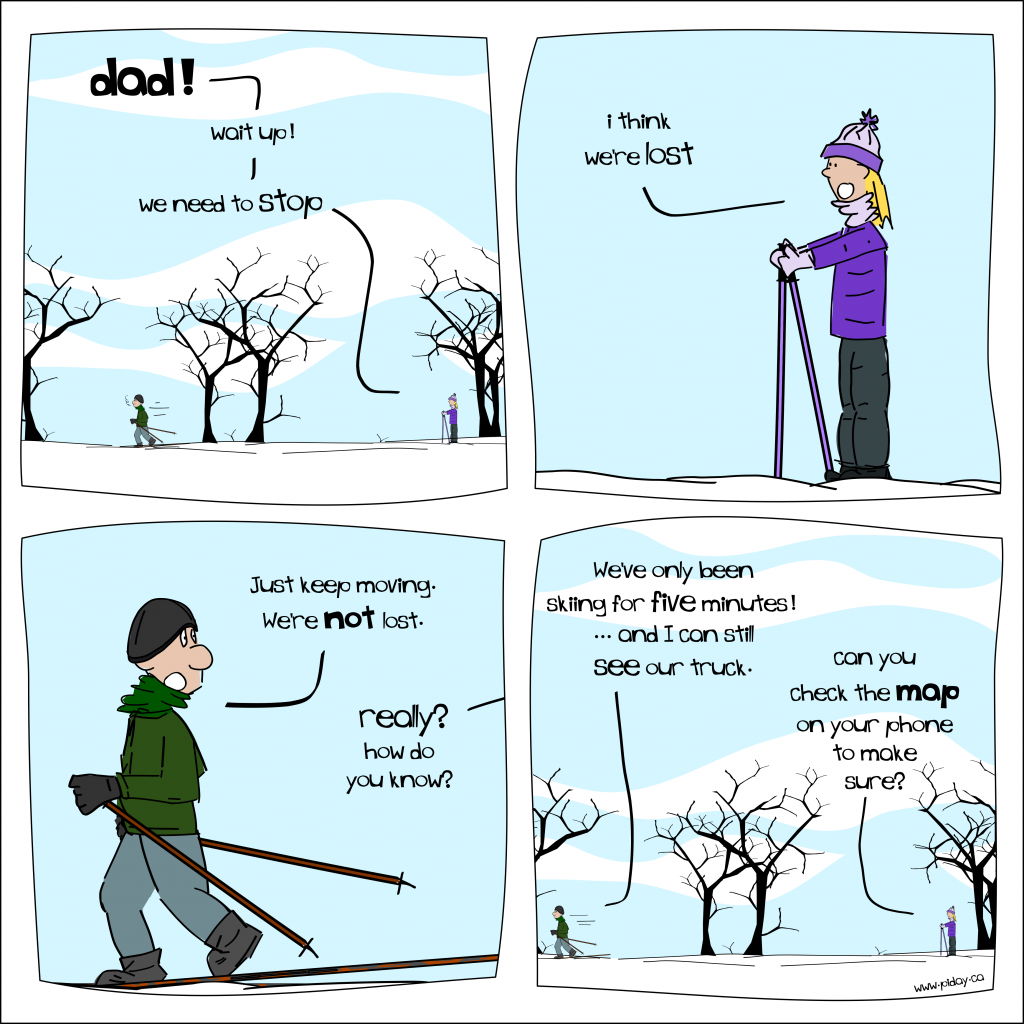 Around where we live, February is the heart of winter.

It’s cold. It’s snowy. And if you don’t just bundle up and embrace the outdoors you’re either stuck in a shopping mall or watching TV for four months straight through.

As I post this I’ll admit that we haven’t been out on our skis as much as we probably should have been this year. We’ve got a downhill weekend family vacation in the mountains planned for a few weeks from now, but just booting up and wandering over to the winter wonderland of any of the nearby parks has too often been met by groans of “…but I just started watching my show!”

If I happen to have any opinionated statement to make with these comics, I hope the one I’m conveying to my audience is this: kids are gonna whine no matter what you make them do… so you may as well turn off the screens and just do it anyhow, whining and all.

That is all from my chilly little soapbox today. Stay warm!