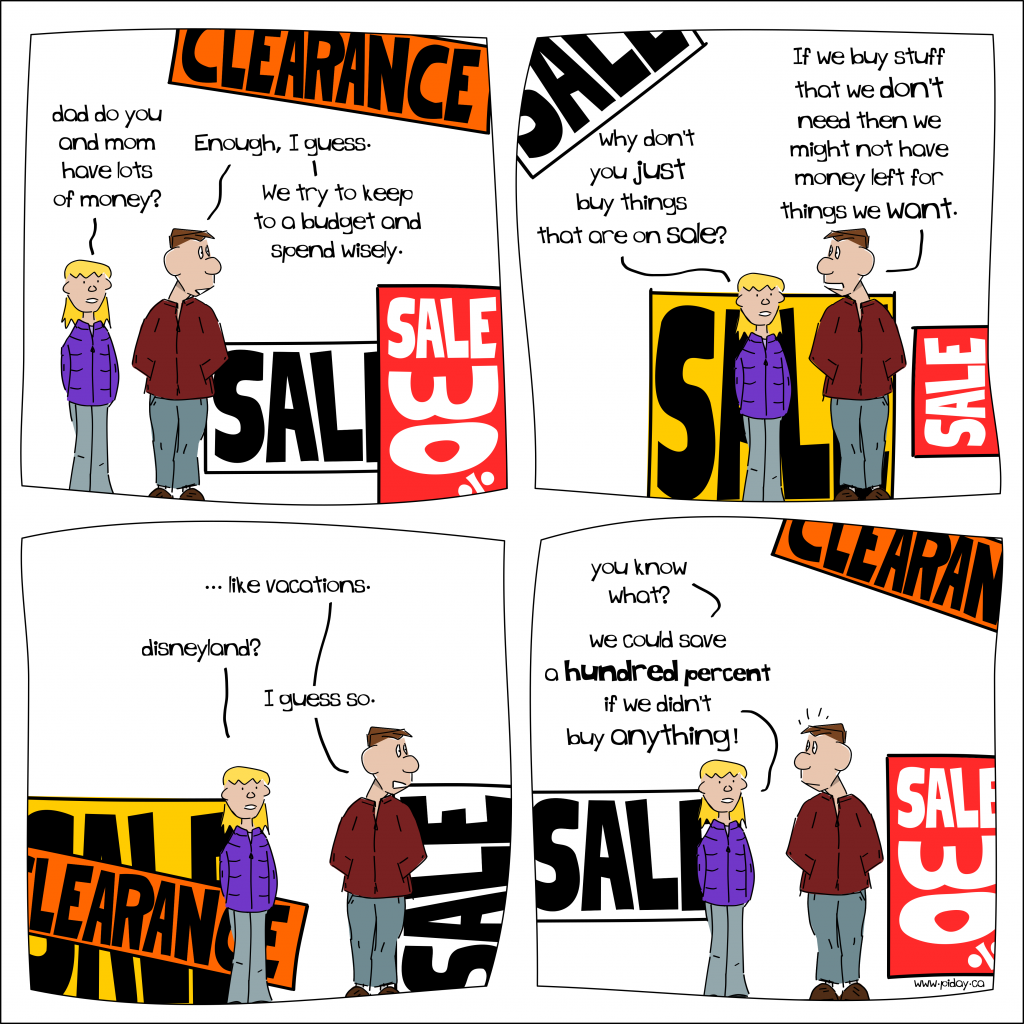 “Money doesn’t grow on trees.” …becomes one of the countless, timeless cliches any parent finds themselves rattling off in a store, from the drivers seat, or following a perfectly calm and seemingly logical explanation of why she needs yet another stuffed animal, this one here in her hand in fact, while I’m just trying to buy groceries.

Personally, I think that probably the only reason I’m not flat broke is budgeting: carefully planning out our spending. Not that you came to a comic website for a financial planning lesson, but in raising a thoughtful little girl and trying to impress upon her the importance of the aforementioned cash handling fact, some of that kid-wisdom often squeezes out in funny, comic-worthy ways. 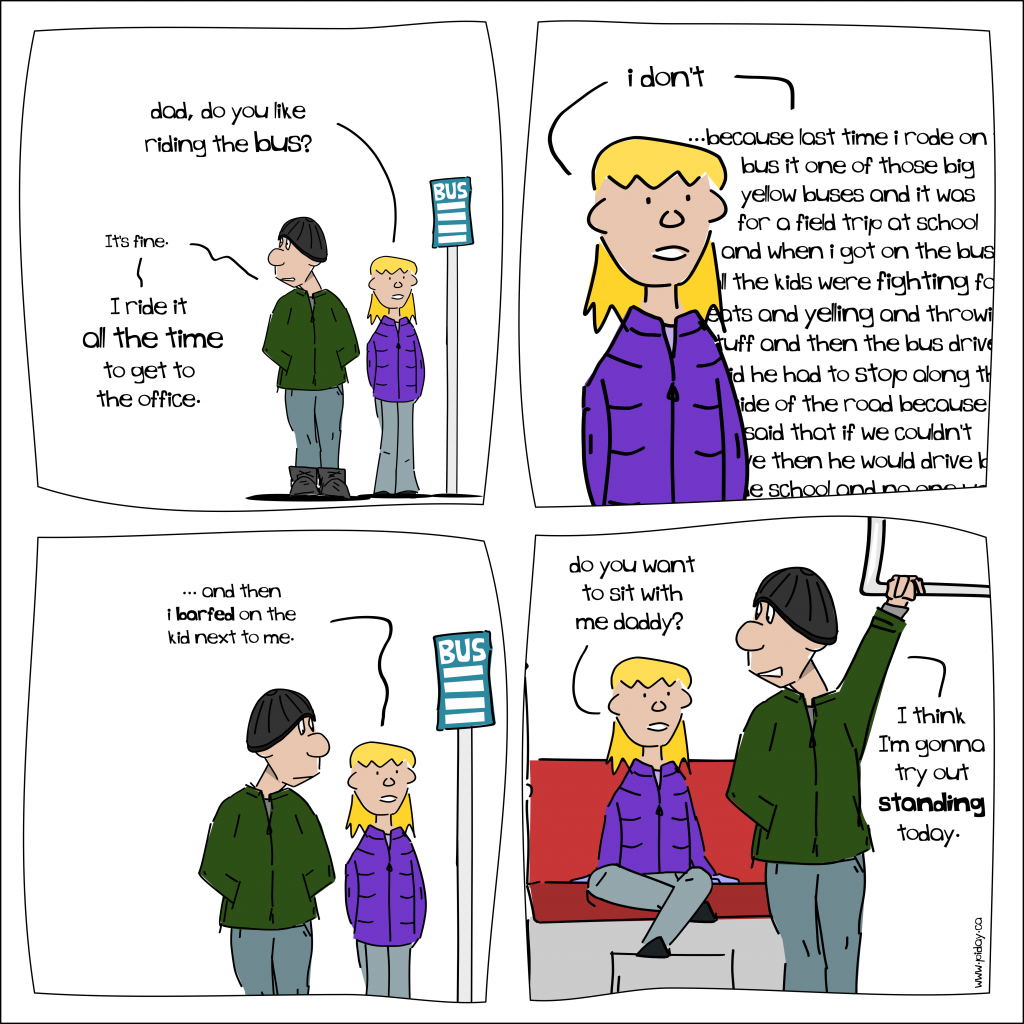 If this were a math pun about a bus it would be mostly flat with four equal straight sides.

Public transit. I rode the bus to work yesterday, in fact, and sitting in a slightly uncomfortable seat was greatly offset by the benefits of not having to drive through a snowstorm that ultimately dumped nearly 25 centimeters (that’s nearly a FOOT for my American fans) and left traffic scrambling like so many eggs through the city streets. While most of the city was fighting with traction and visibility, I was fighting a virtual frost troll… on my Nintendo in the relative warmth of the bus.

I mean, sure, it took my twice as long to get home… but just enjoy the ride.

The Kid, of course, spends her bus fare on a different flavour of mass transportation. You know… the yellow kind, with bad shocks and hard vinyl seating. No wonder she thinks the city transit system is such a treat. When we do use it to get somewhere, though, I have to admit that there’s a certain level of QT sitting together on a bus that you just don’t get driving and playing dad’s taxi.

Rhombus. The joke is a rhomBUS.

I’d tell you more dad jokes from an airplane, but they’d probably all go over your head.