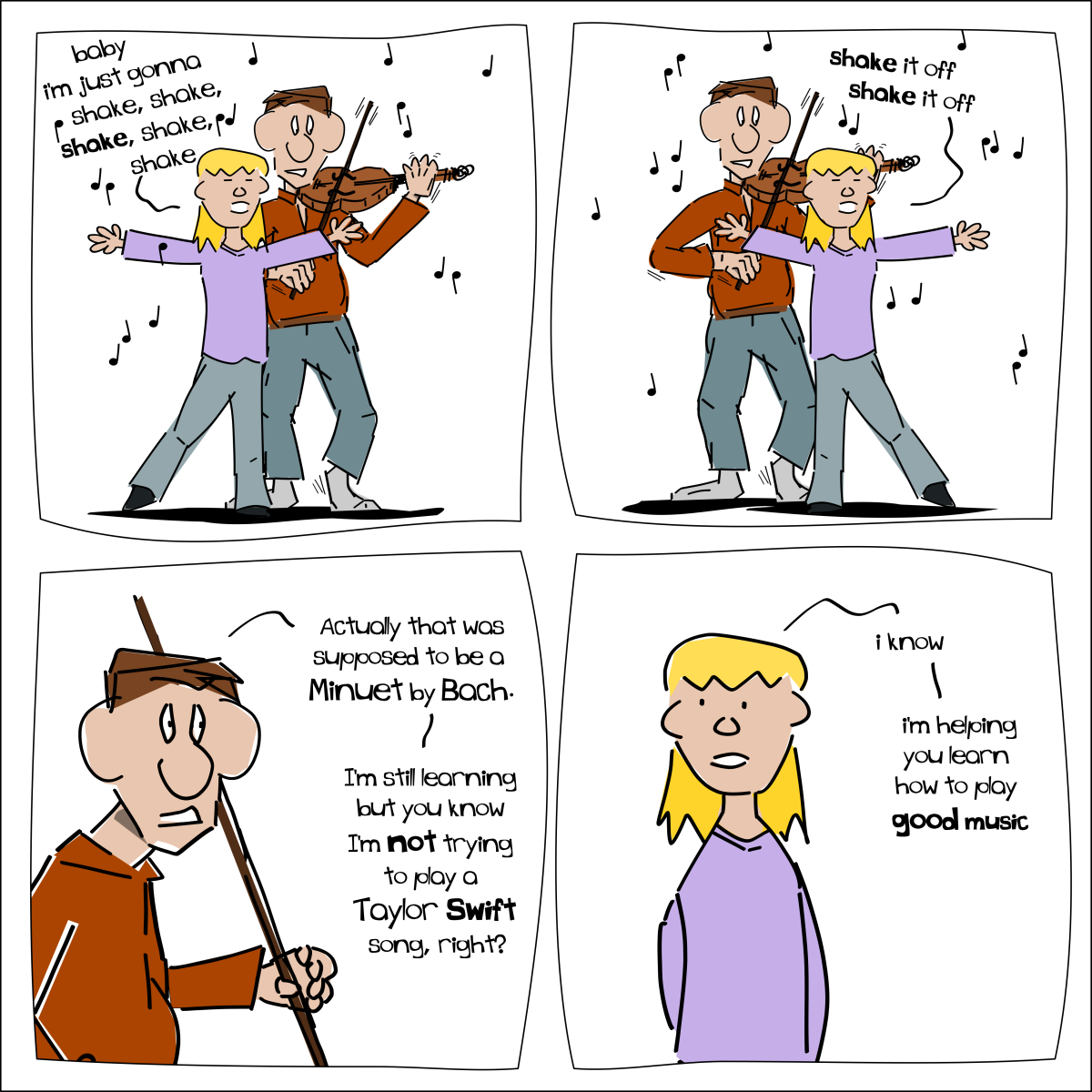 Gone Chopin. Bach in a minuet.

If you’re a fan of This is Pi Day you probably already know that my mostly-recent endeavour into publishing webcomics is happening in direct competition to another mostly-recent hobby.

As of last week, I’ve been learning to play the violin for a whole year… an effort that will eventually pay off in the form of having my own in-house one-man-band, but in the meantime requires dedicating each day what could be a solid thirty minutes of valuable comic-drawing to literal fiddling around in the basement.

The Girl actually told me the other day that I’m improving, a true compliment from a kid with an underdeveloped verbal filter, but she’s still lacks an appreciation for my repertoire, a song list that is heavy on a mix of classical alternating with fiddle tunes, and very under-represented in Top 30 pop tunes.

I dabble, but honestly… my singing voice has nothing on Adele.