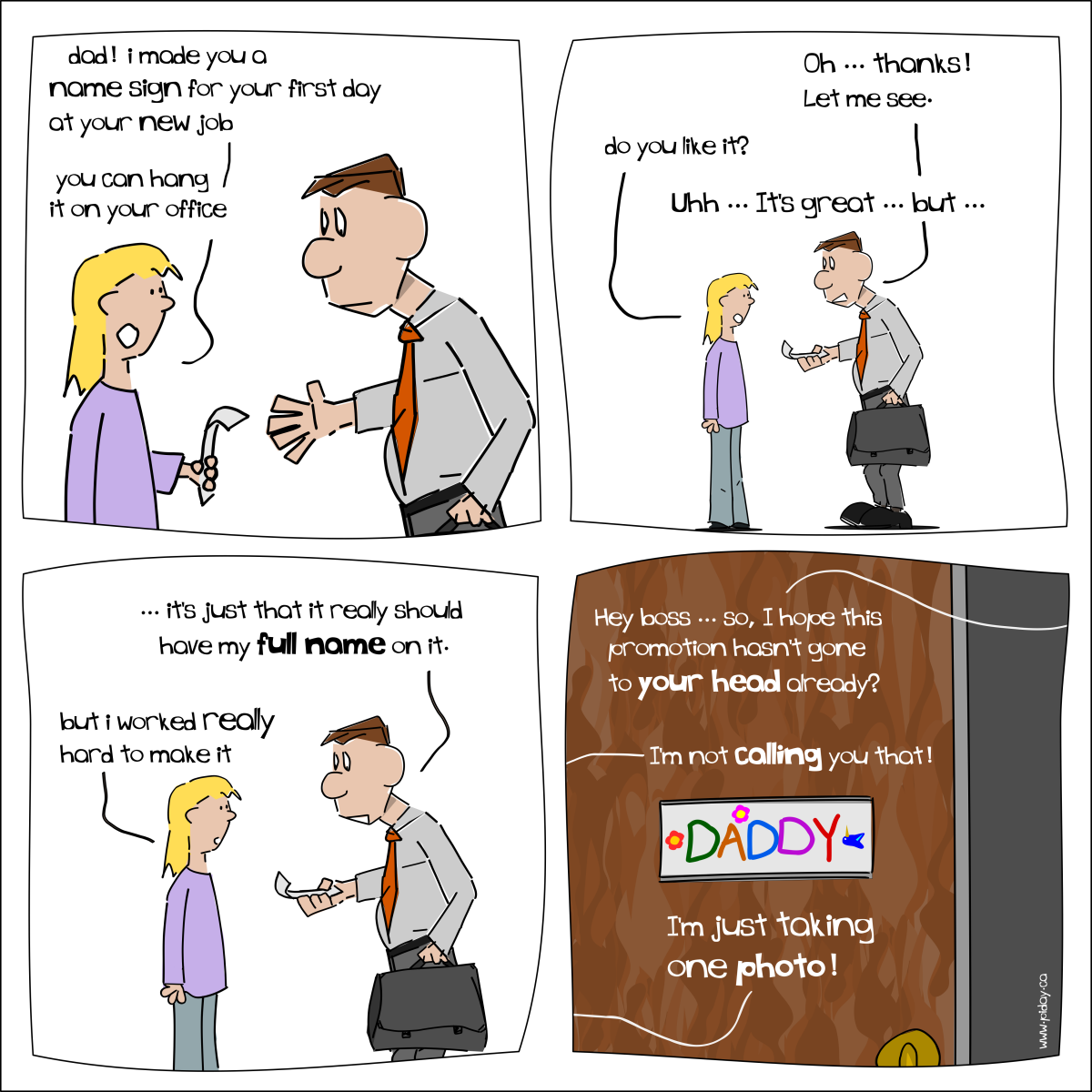 In reality, she made me a super-nice name plate for my new office door, but when she announced to me last weekend that she was working on one I legitimately considered the possibility of this happening.

Still in reality, the comic hasn’t stopped (obviously) but my free time energy has been sapped a little bit lately because of many different things — new job, training for a triathlon, and generally limping through this parenting gig as the kid rapidly becomes a mini-teenager — so as a result I’ve been running my artwork to the wire. I’m hoping I don’t need to go on hiatus for a month this summer to make sure I can get caught up again, but don’t be surprised if we go into summer re-runs in the next few weeks. 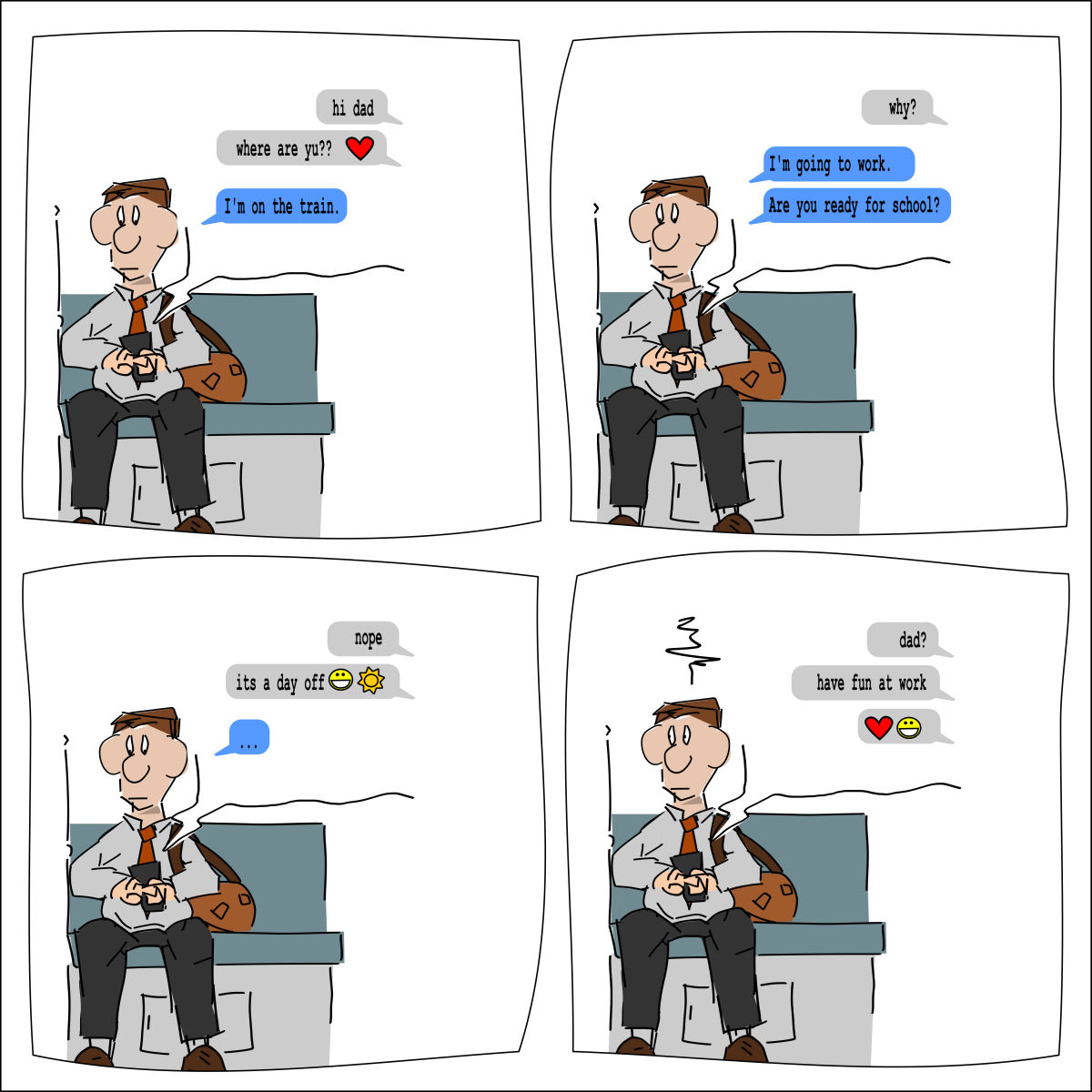 Strictly speaking, The Girl doesn’t send texts quite yet. Whatever little handmedown device she happens to be using this week tends to have something like Google Hangouts installed, so as curiosity gets the better of her she’ll find these apps and I’ll get pinged with random messages.

There is a bit of an inside joke lurking in the background of this strip and I’d feel like I was shortchanging my audience if I neglected to explain it at least a little bit.

What you have to understand it that OCCASIONALLY these modern kids are allowed to bring their devices to elementary school for special days. And OCCASIONALLY the kids are a little smarter than the teachers, at least when it comes to technology. And at LEAST ONCE in the past, in the middle of my work day, I started getting messages from The Girl… from school… because a couple of the boys had hacked/swiped the school’s WiFi password and it had spread like wildfire to anyone under the age of ten with a gadget to connect.

Needless to say I’m a little wary whenever I get a text message from my daughter between the hours of 7am and 4pm on a weekday. It’s either a “do I need to call the school” moment… or a “rubbing it in” sigh of adult frustration.