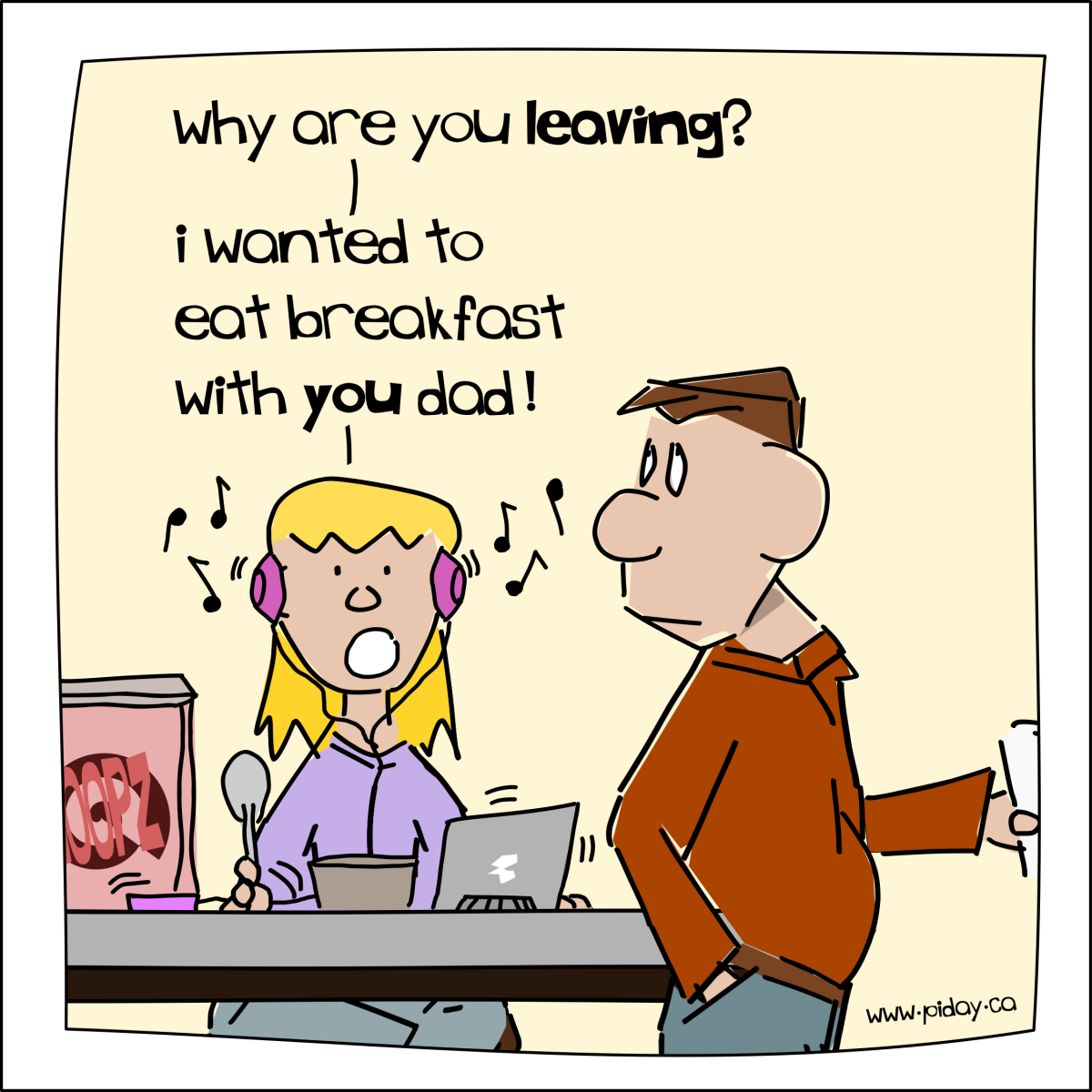 Oh, it has been a summer.

I admit, I intended to take just one month off from drawing, but then … new job, some vacation in the mountains, a triathlon, a marathon, grown up summer camp in the orchestra. I looked up the other day and realised that I have barely had time to mow the lawn let alone run a web comic.

But now? Hiatus is over. Time reclaimed. And I’ve got some new strips in the hopper for September, starting with today’s strip, a little gag I’ve had hanging around in the back of my mind since I was scolded for having the audacity of leaving from the breakfast table before the kid… despite the fact that she hadn’t said a word to me the whole time and was plugged into an iPad AND an iPod and had not made eye contact. It’s about “being there!” all the parents sigh. Oh, you’re right.

You may notice a couple little changes with the comic. The thing about being an independent artist is that I can do things like, y’know, try out single panel strips for a while (because I, frankly, don’t have time to draw four panel strips these days!) or switch up my font (because I designed my own this summer just for that reason.)

In the meantime, enjoy the strip as I do a light relaunch after a too long break! Hopefully you were busy too and didn’t miss me.

One of the challenges of writing these comics is that often I’ll stumble across one of those father-daughter situations that is cringe-worthy, eye-roll-inducing, and the exact kinda moment when you want to follow it up with a lecture. Case-in-point: we were watching TV, and (a) she got a little frustrated that I wasn’t flipping as efficiently as she would have liked through the adverts and (b) when I did start flipping she abruptly decided that she wanted to see one of those adverts.

Adverts are funny I guess.

She didn’t grow up forced to watch every single one, I guess.

She has a magic wand with numbered buttons that allows her to freeze and reverse time at her whim, I guess.

Life don’t work that way for everything, kid. Remember that. 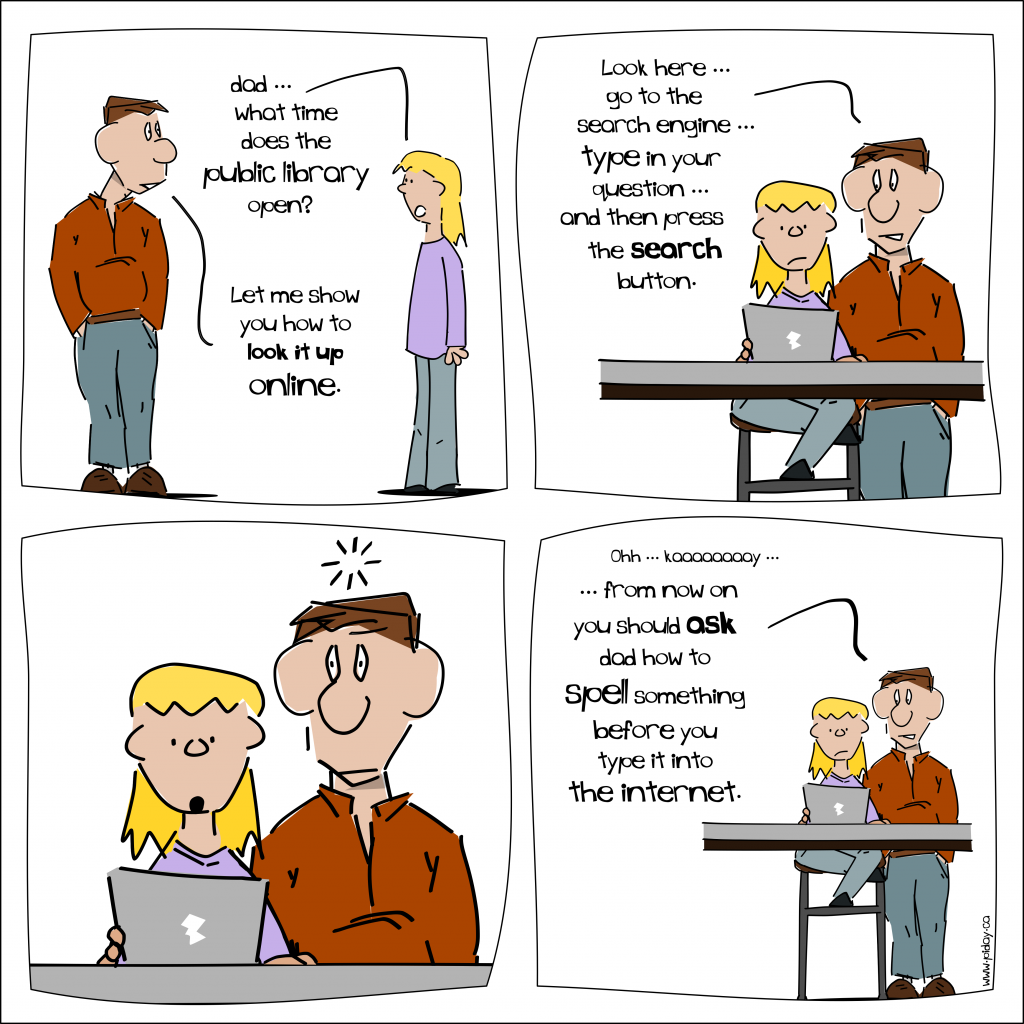 Can anyone tell me which search engine is the best? Oh, wait a minute… I’ll just Google it.

Okay… okay. So if you mis-type THAT particular phrase your browser is probably not suddenly going to be home to search results that will curl your toes. But alas, this is the parental dilemma: I wanted to draw a comic that implied every parent’s greatest fear as their pre-teen lunges independently and wide-eyes onto the unfiltered internet… while simultaneously keeping it family friendly. After all, the Kid herself co-authors a lot of these comics, and definitely reads them and shows them to her friends.

If a search for the misspelled “public library” isn’t doing it for you… I dunno… think 47% dirtier.